Over 60 years of the Rüschlikon Tennis Club

Our family club offers tennis and entertainment for the whole family and a fun club life, fine dining in the public restaurant Trattorie and comfortable stay in the club lounge and event in party mode. The tennis school for juniors supports the sporting ambitions and underline the sporting aspirations of the club, which is pleased to be represented today in almost all performance classes in the National League.
320

The sporting trend, which has been increasing at a healthy rate in recent years, has repeatedly brought remarkable results, such as improved individual rankings, tournament successes and promotions of various women’s and men’s teams to higher IC leagues, and of our young men to National League C.

And our juniors? Well, fortunately, an ideal environment has been created for them. They now have good coaching, adequate training facilities and have become a fully integrated part of the club fabric. A solid foundation for the future of our club.

Retrospection is at the same time present and preview. With that in mind, may we today thank all those who have helped make our club what it is today, what it means to each and every one of us.
We may confidently continue on the path we have chosen so far, always open and agile in mind and body, then the next half century will also be certain for the TCR. 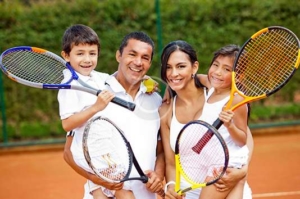 After a term of eight years, Marcel Jenni handed over the presidency to Jürg Iselin in 1984, who continued to run the club successfully in the same style as before and during whose reign the overdue complete renovation of the clubhouse with partial reconstruction took place.

The new house obviously demanded a new master, and so Werner Eggimann Jr. became the new TCR president in 1991, ushering in a second Eggimann era. In the meantime the club had reached the considerable size of over 250 active and junior players, friendly matches with Glarus or Murten or even car rallies as in previous years had to give way to other activities, with the number of players in particular increasing. Interclub men’s and women’s teams increased, which led to bottlenecks in court occupancy during certain weeks. This situation, which repeats itself every year, as well as the organization of the Lake Zurich Tennis Championships in 1997, which was coming up for the TCR, gave the impetus and made it possible – after providing the necessary financial backing – to build the 5th court, completed in the autumn of 1996. In the spring of the same year, with the energetic and financial support of Hans Bruderer a partial interior renovation of the clubhouse took place, which then one year later provided the worthy framework for the extraordinarily successful hosting and staging of the ZSM 1997 – a bravura performance by countless TCR helpers, with Jürg Iselin as president of the organizing committee. 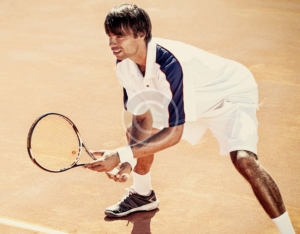 Almost simultaneously with the completion of the new building, Cyril Lustenberger took over the leadership of the club as the new president and immediately embarked on a rather brisk course towards raising the general playing strength by recruiting appropriately ranked active members. If the club counted in the year 1965/66 still about 110 active and juniors, then their number rose 1971/72 already on good 160, tendency further rising. As a result, TCR players were able to record more team and individual successes, but unfortunately the actual club life was neglected and internal differences arose.

Thus, at the 1975AGM, the presidency was given to 1975, who was a master at smoothing the waters and creating a comfortable atmosphere for everyone, whether as course-determining captain or as unforgettable piano and song master. The training for the new generation from the own ranks was finally intensified, for the extension of the general playing times the lighting plant could be established in April 1979 and – the tennis boom continued, the waiting lists for an admission into a tennis club showed everywhere considerable lengths. 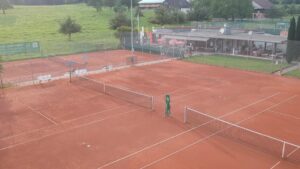 Good relations with the Rüschlik authorities were now in demand, and so it was a fortunate decision of the 1965 AGM to elect Ralph Fischlin, who held a seat on the local council, as the new president. With patience, negotiating skills and great personal commitment on the part of the club’s own building committee, a solution satisfactory to the community and the club was finally found in the late 1960s in the Vorder Längimoos, in the middle of a wonderful green zone. It was then a laborious undertaking until all official permits and conditions as well as the financing mode for the construction costs of approx. Fr. 400000. By way of comparison, the Säumerstrasse was built for no more than 30,000 francs, half of which was financed by club members and private individuals, while the new facility was financed not only by club members but also by substantial loans from the municipality, the Zürcher Kantonalbank and Sport-Toto. In May 1971, the eagerly awaited match could begin, and on July 3, the official opening took place, completing what was probably the most significant period in the club’s history. 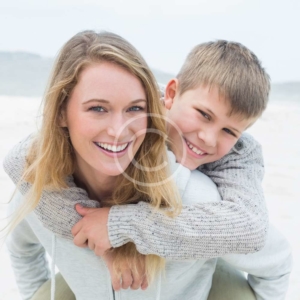 The first Eggimann era came to an end at the 1954 AGM. The presidents Röbi Kuhn and Emil Keller followed, the latter being at the helm for a full 8 years. At that time, members of TC Langhalden, which gradually became TC Rüschlikon, took part in the Lake Zurich Tennis Championships, as the ZSM was then called. Hand in hand with the growing popularity of tennis, the number of members increased continuously. In 1961 the club already had over 80 players. Again, the space became tight and either an enlargement of the facility had to be considered or further membership growth had to be renounced. Advocates and opponents of both options might have spent a considerable amount of time discussing the pros and cons if the talks held with the local authorities had not soon shown that, for reasons of neighbourhood planning, an extension was out of the question and that the building lease agreement would even have to be terminated. In view of this situation, which did not bode well for the future, the majority of the members gradually came to the conclusion that a new and larger building site had to be sought.

At the same time as the change of president – Werner Eggimann senior took over the highest office in the spring of 1949 – the club, in cooperation with the municipality of Rüschlikon, looked for and found a suitable site for the construction of its own two-court facility, complete with changing room hut. The fact that the location was on a former rubble and waste dump and right next to the shooting range on Säumerstrasse did not detract from the intensive play; the club joined the Swiss Tennis Association and soon after the opening and inauguration of the new facility on May 7, 1950, participated in the preliminary rounds of today’s interclub matches. A tennis instructor was hired, ball boys and girls were desired and still available at that time, internal tournaments and external friendly matches were organized, and the Rüschlikon gymnasium was available for winter training from 1951. The first clubhouse was built in 1952 – a very lively club life, only the junior section had a meagre existence. 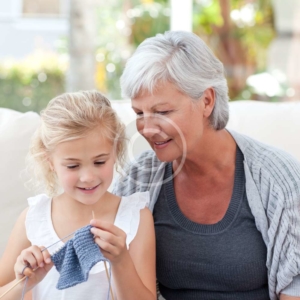 Half a century of TCR can be perceived as a short or a long period of time – the future will tell. Now and today, however, these 50 years of the Rüschlikon Tennis Club certainly mean a proud anniversary for all of us, an occasion to follow the development of our club from its beginnings. The Founding Fathers and their successors may forgive me if I have committed any sins of omission or other sins in what are, unfortunately, often rather sketchy records. “Right” Historiography is a darned tricky business, as we all know!

At that time, on 18 August 1947, a dozen or so tennis enthusiasts got together to found the Langhalden Tennis Club. The driving force and founding president was Alf Egli, who held the presidency of this young association for 2 years and who faithfully accompanied us in various functions as a highly active member, mostly in the front line, for half a century.

In the beginning, the idyllically situated tennis court in the well-known park “Im Grüene” was sufficient for the activity of the small tennis community, which soon counted more than 40 members (shortly before, it had been the private park of Gottlieb Duttweiler, who generously made it available to the public as a leisure facility in 1947). So it is not surprising that the desire for a second playing field became more and more urgent.

Any cookies that may not be particularly necessary for the website to function and is used specifically to collect user personal data via analytics, ads, other embedded contents are termed as non-necessary cookies. It is mandatory to procure user consent prior to running these cookies on your website.